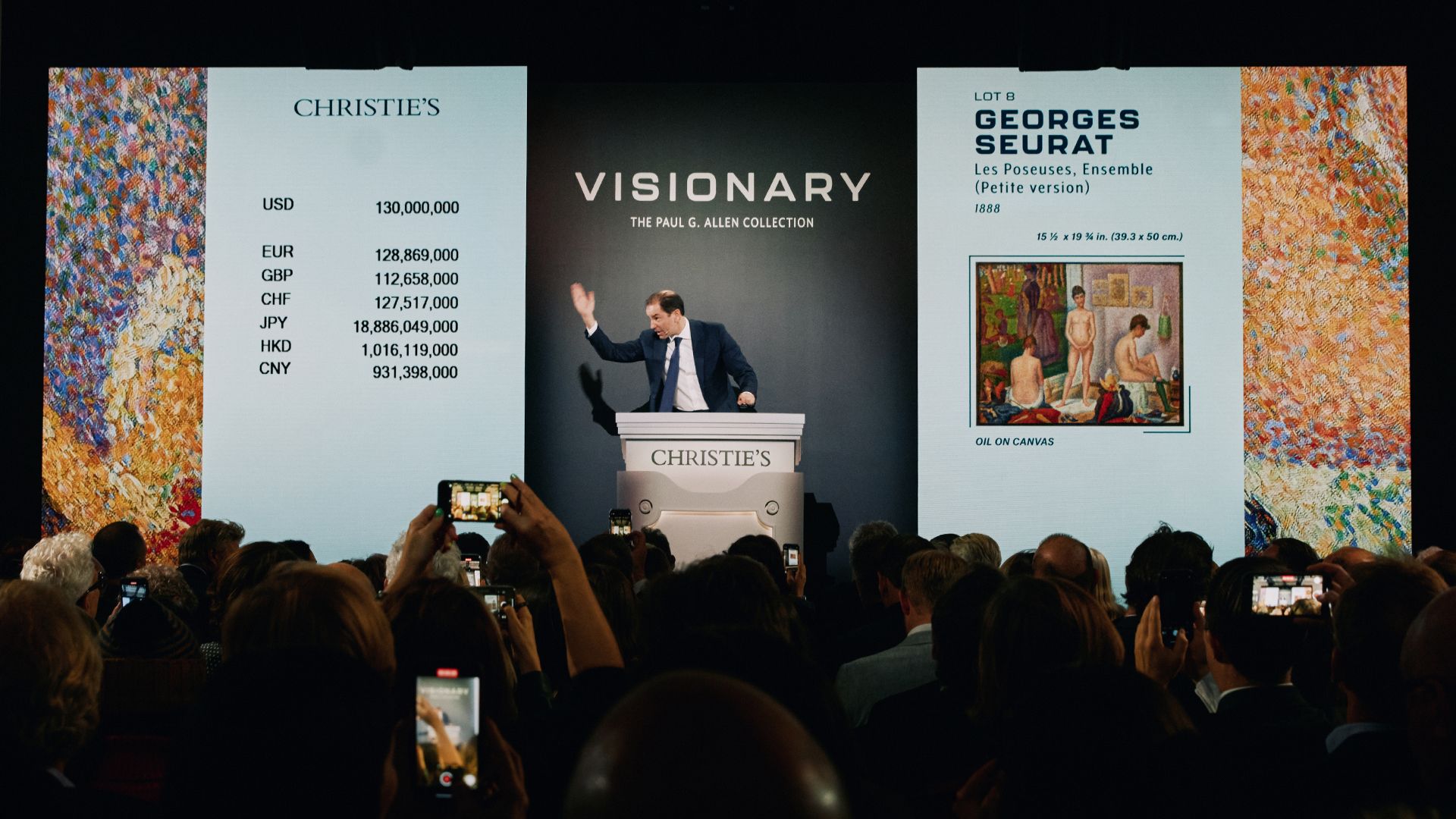 Works from the vastly private art collection hand-picked by the late Microsoft founder Paul G. Allen have sold for more than $1.5 billion, the largest art sale in auction history.

Part of Allen’s collection went up for auction in New York on Wednesday, with auction house Christie’s overseeing the sale.

In the first half of the auction, 60 works fetched a total of $1,506,386,000 – confirming Allen’s collection as the most valuable private collection ever, according to Christie’s, and marking “a sale of historic proportions.”

The auction broke a world record halfway through the auction, during the sale of a sculpture by Alberto Giacometti, Femme de Venise IIIwhich went for more than $25 million.

That surpassed the previous record of $922 million, set in May when real estate tycoon Harry Macklowe and his wife, Linda, sold their art collection as part of their divorce.

Among the artworks sold in the first part of the Allen Collection auction were masterpieces by Paul Gauguin, Claude Monet and Edouard Manet, whose collection spans five centuries.

More than 65% of the works sold Wednesday night secured bids well above their price estimates, with five paintings — including Paul Cezanne’s. La Montagne Sainte-Victoire and Vincent van Gogh Verger avec Cyprès— Sell for more than $100 million each. The sale of the latter was the highest price ever paid for a van Gogh painting.

The highest bid of the evening was obtained for Georges Seurat Les Poseuses, Ensemble (Petite Edition)which sold for $149,240,000.

All proceeds from the sale will go to charity, honoring the late Allen’s wishes.

The second round of works from Allen’s collection goes up for auction on Thursday night, with plenty of works by Pablo Picasso, Rene Magritte and Jackson Pollock.

Unlike many wealthy art collectors who hire art buyers to select works for their private collections, Allen personally selected all the art he owned.

In a statement Thursday, Marc Porter, chairman of Christie’s Americas, said it was “extremely gratifying” that the auction house and the Allen Estate had succeeded in setting a world record for the benefit of others.

“Let us all take a moment to remember that this was made possible by one man’s passionate pursuit of excellence and his commitment to making the world a better place,” he said.

Max Carter, vice chairman of 20th and 21st century art at Christie’s added that “we may never see this range, quantity and quality of masterpieces in one private collection again.”