Respiratory syncytial virus (RSV) infection is the most common cause of respiratory illness in both infants and young children worldwide, as well as the most common cause of infant hospitalization in the United States. Although RSV cases typically peak between December and February, RSV hospitalizations are reaching similarly high levels much earlier than usual this year. 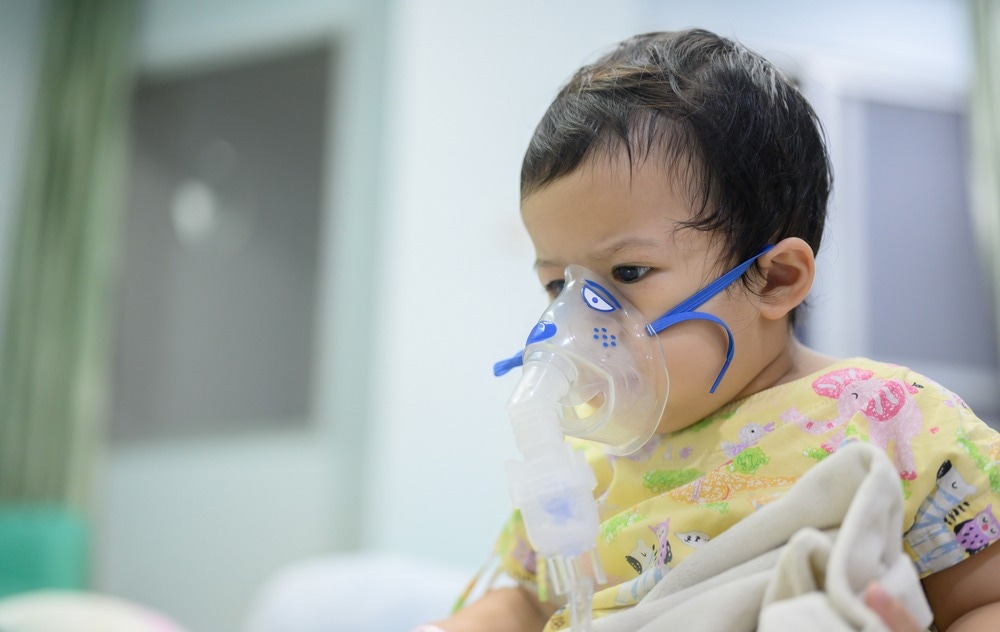 RSV is an extremely common respiratory virus that usually causes mild cold-like symptoms in infected individuals. Some of these symptoms may include a runny nose, decreased appetite, cough, irritability, decreased activity, and respiratory arrest.

Despite this, RSV can be extremely dangerous for some infants and young children, with up to 80,000 children under the age of five hospitalized each year in the United States due to RSV. Many of these severe cases are classified by the development of bronchitis and pneumonia.

The US Centers for Disease Control and Prevention (CDC) RSV Hospitalization Surveillance Network (RSV-NET) is an interactive dashboard that provides information on laboratory-based RSV-related hospitalizations in children younger than 18 years and adults.

In all eight of the 10 regions monitored through RSV-NET, significant increases in RSV laboratory testing have been reported in recent months. In fact, many pediatric intensive care units (ICUs) across the United States are at or over capacity due to the increasing number of children being admitted for severe RSV and other illnesses.

Massachusetts General Hospital, for example, saw over 2,000 RSV cases throughout October, which was quickly followed by over 1,000 RSV cases reported at this hospital alone in November. Similar high numbers have been reported for the United States

Although the current increase in RSV cases has been severe and continues to strain health care systems, the US CDC has indicated that current RSV cases do not appear to be more severe than those reported in recent years.

Compared to coronavirus disease 2019 (COVID-19), which is still relatively new despite its persistence for more than two years now, health care providers have been treating severe RSV disease for several decades. Although there are no specific antiviral drugs that can target RSV, some of the main strategies that can be used to relieve symptoms include fever and pain control and staying hydrated.

Although there is no vaccine to prevent RSV, a recent press release from Pfizer suggests that their maternal RSV vaccine is highly effective in preventing serious illness in infants born to vaccinated mothers up to the first six months of life. More progress has been made in the development of monoclonal antibodies such as palivizumab that can be used to prevent severe illness in high-risk patients, such as premature babies born before their mothers could receive the maternal RSV vaccine.

Aside from potential treatment options, there are also several ways to prevent the spread of RSV. This includes covering your hands when you cough and sneeze, washing your hands frequently with both soap and water for at least 20 seconds, as well as avoiding close contact with others, especially those with symptoms.