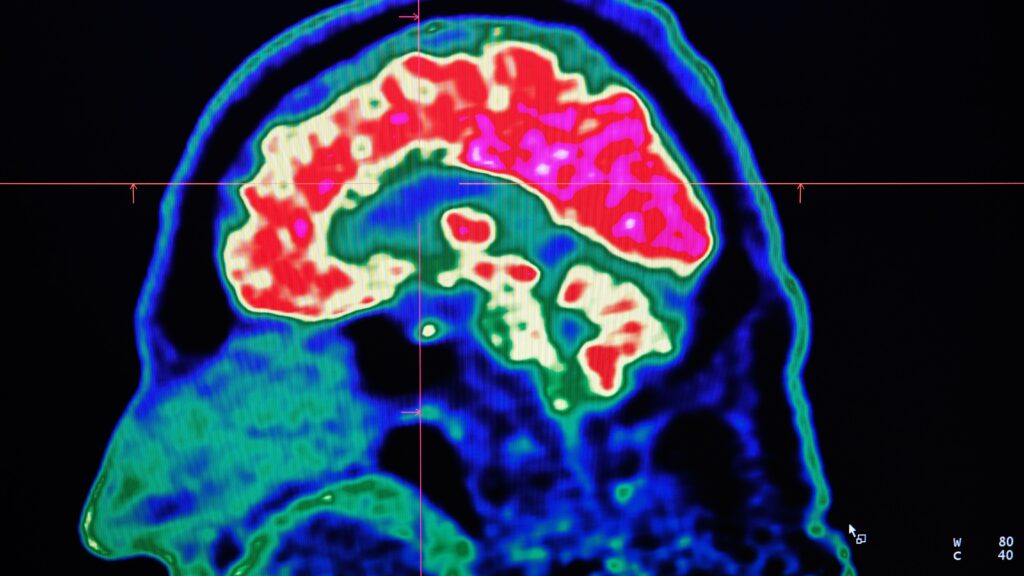 AAt first glance, it might appear that better access to so-called amyloid-PET scans could offset some of the racial disparities in Alzheimer’s disease, as Linda Goler Blount called for in a recent First Opinion essay. In theory, such scans should lead to more blacks – who are at higher risk of developing Alzheimer’s – being screened and having more access to more favorable treatments for their disease.

As researchers focusing on PET scanning, including its application to Alzheimer’s disease, we fear that the increased availability of these scans will lead to more misdiagnoses and more people exposed to new Alzheimer’s treatments that we believe are more harmful than helpful.

PET stands for positron emission tomography. This is a type of imaging that can illuminate the metabolic or biochemical activity of tissues and organs and diagnose diseases in their early stages. An amyloid-PET scan was designed to detect deposits of a protein called amyloid in the brain. According to the believers of the amyloid hypothesis, this protein causes Alzheimer’s disease and it will help people with Alzheimer’s to remove it.

But neither the amyloid hypothesis nor the reliability of amyloid-PET scans has been convincingly established. Many publications suggest that the amyloid hypothesis is false and that amyloid-PET scanning is a misleading technique that has little diagnostic value and gives only a weak picture of Alzheimer’s disease. Misinterpreted amyloid PET scans led to the FDA’s hasty approval of the drug aducanumab (marketed by Biogen as Aduhelm), a decision now recognized as one of the FDA’s most controversial.

Without critical analysis by reviewers and FDA staff inexperienced with PET imaging, amyloid-PET scans have been claimed to demonstrate Aduhelm-induced, dose-dependent reductions in brain amyloid deposits. This view was taken for granted by the FDA when it approved Aduhelm solely on that belief—and with the expectation that this would later cause delayed cognitive decline—an expectation that, more than a year after approval, remains to be proven.

We believe there is reason to be cautious because the harm will be greater with easier access to amyloid-PET scans, a situation that can have a significant impact on the black community.

The amyloid-PET images used to document Aduhelm’s ability to reduce amyloid deposits in the brain show no changes in the brain’s narrow outer layer of gray matter, where amyloid deposits are located. Instead, they clearly show changes in the underlying white matter of the brain, where amyloid is not deposited. What this means is that these scans cannot be taken as evidence of amyloid removal, but of some other but unknown process. In our opinion, the white matter changes are most likely an expression of brain damage caused by Aduhelm, or what has been termed amyloid-related imaging abnormalities (ARIA).

We find the FDA’s approval of Aduhelm, granted in defiance of its own expert panel and based solely on questionable amyloid-PET imaging results, to be deeply troubling and contrary to the agency’s mission to “protect and promote the public health.”

The FDA should not ignore the prevalent, devastating adverse effects of amyloid-related imaging abnormalities, which were considered in the decision by the Centers for Medicare and Medicaid Services to cover the cost of Aduhelm only for small subsets of people with early-stage Alzheimer’s. who choose to enroll in CMS-approved studies of the drug. The increased availability of amyloid-PET scans will bring even more patients to treatment with Aduhelm, which in our opinion is ineffective at best and may cause further brain damage in patients at worst.

The economic implications of using amyloid-PET scans have been examined in the Imaging Dementia—Evidence for Amyloid Scanning (IDEAS) study, which analyzed data from about 12,000 Medicare beneficiaries with mild cognitive impairment or dementia to show whether amyloid-PET scanning reduces healthcare costs by reduction in hospitalizations and emergency room visits. Sponsored by the Alzheimer’s Association, American College of Radiology, Avid Radiopharmaceuticals Inc. (a wholly-owned subsidiary of Eli Lilly and Company), GE HealthCare and Life Molecular Imaging (CMS paid for the scans), the study did not meet its objective: Hospital/ED referral rate was 24% among scanned patients vs. 25% among matched patients without scanning.

We recommend that the FDA follow CMS’ restrictive stance by pausing Aduhelm’s approval and refraining from processing new applications for similar amyloid-lowering therapies until their beneficial effects, such as slowing or halting cognitive decline, have been shown to fully and their harmful effects minimized. Similarly, the use of amyloid-PET imaging in patients with known or suspected dementia needs to be clearly demonstrated.

Brain damage caused by anti-amyloid therapies can be significant and extensive. Therefore, FDA and/or CMS must require sponsors of Aduhelm and other anti-amyloid therapies to assess brain function in subjects participating in clinical trials. To this end, PET imaging should be implemented with the well-known and highly reliable PET tracer called fluorodeoxyglucose (FDG), which has already been approved by both agencies for the assessment of brain function, including the diagnosis of Alzheimer’s disease, in anti-amyloid clinical trials. to monitor brain function in treated and placebo patients. Any significant decrease in brain function in the Aduhelm group compared to the placebo group should prompt the FDA to withdraw Aduhelm’s approval.

By potentially increasing access to Aduhelm, greater access to amyloid-PET scanning will be more likely to harm people, including black people, rather than help them. If an amyloid diagnostic scan is needed, we recommend an FDG-PET scan, which is more useful for detecting signs of Alzheimer’s disease as well as signs of other major diseases, such as cancer, atherosclerosis, musculoskeletal and inflammatory diseases.

Poul F. Høilund-Carlsen is a professor of clinical physiology at the University of Syddanmark in Odense, Denmark. Abass Alavi is a professor of radiology at the Perelman School of Medicine at the University of Pennsylvania in Philadelphia. Jorge R. Barrio is Distinguished Professor Emeritus at the Davis Geffen UCLA School of Medicine in Los Angeles. The authors declare no conflicts of interest related to this thesis, which has not received support from funding agencies or commercial entities.

First Opinion newsletter: If you enjoy reading opinion pieces and opinion pieces, get each week’s first opinion roundup delivered to your inbox every Sunday. Register here.