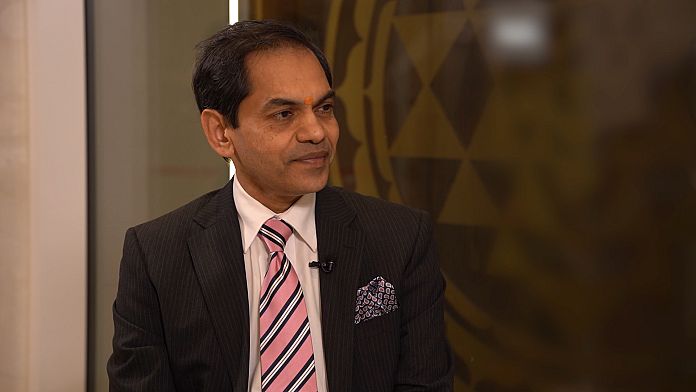 When the Hindu Temple in Dubai recently opened its doors, it quickly became the spiritual center of all religions and the one that houses the many faces of divinity. The contemporary temple houses 16 deities as well as the Sikh holy scripture Guru Granth Sahib.

Among the official guests at the opening in Dubai was Sunjay Sudhir, Ambassador of India to the United Arab Emirates.

“[It’s] great new development. The opening of this new temple in Dubai means so much to the Indian community,” Sudhir told Euronews.

“This temple in particular, [is] such a beautiful aesthetic temple, which is a work of art in itself,” he added.

Sunjay Sudhir has been India’s ambassador to the United Arab Emirates for a year and during his tenure he has seen a comprehensive cooperation agreement signed between the two nations.

“For India, this is the first CEPA we have signed in the last ten years,” he told Euronews.

“Our leaders also released the vision document… a road map for the future of how they would like this relationship to go forward”.

“So much capital has gone from the UAE to Indian startups and today we have about 107 unicorns (privately owned startups worth over $1 billion) already in India. Many of these unicorns are funded by the UAE,” said Sunjay Sudhir.

“Then [the] The United Arab Emirates and India both feel strongly that both are integral to each other’s future, which is why the two countries fit so well together. The people also click together,” he added.

Sunjay Sudhir’s career began about 30 years ago in Egypt, where he did language training in Arabic, followed by another posting to Syria and back to Delhi.

After that he continued to Sri Lanka, then Geneva. This was followed by Sydney, after which he became ambassador to the Maldives and now the United Arab Emirates.

“It’s pretty criss-crossing the world and very different roles, but all the same, very enriching, very, very enriching for me because the canvas has been so wide and so colorful,” he said.

“It was only after arrival [to the UAE] and being part of this relationship and being entrusted with the responsibility of running the relationship as an ambassador for India, I realized that there is so much more to do because everyone here is so open, both here and in India.

“There’s so much going on. And I realize the sky’s the limit here.”