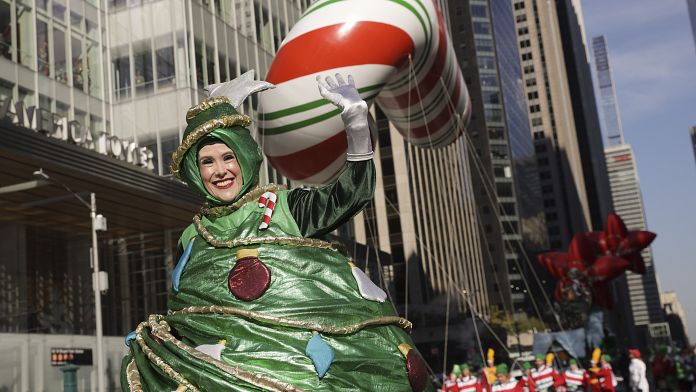 Hundreds of spectators lined the streets of New York on Thursday as colorful, high-flying balloons helped usher in the holiday season at the Macy’s Thanksgiving Day Parade.

Streets were packed as a parade of giant inflatables and floats streamed for more than 40 blocks from Central Park to Herald Square.